Invitation to Participate is the first show at Sticks to be curated by Jenny Tipton.  Bringing together the work of several up and coming London artists and featuring the work of prominent Swiss artist, San Keller.  It is an exhibition that explores the nuances of participation in art. From touching, playing or reading, the work in this show examines how the viewer can be coaxed into interacting, in a way that goes further than looking. From pieces initiating protest to  inviting you to sign a contract with the artist, the broad spectrum in which the notion of participation is examined allows visitors to experience the gallery space in a unique way, whilst questioning what participation in art means.

Please read on to find out a little more about the artists and their practice ....

Born in 1978 in Buenos Aires, Argentina, Daniel Benmergui is an independent game designer and frontrunner in the genre that is often called the 'art game'. His work 'Today I Die' won the Jury Award at Indiecade and was a finalist for the Nuovo Award at the Independent Games Festival. The game examines the choices made by the player as an individual, weaving their own narrative by moving one pixelated object at a time. The experience is both that of a game and of constructing a poem. For each word a player moves, a new scene and puzzle occurs. Through each stanza, you come closer to completing the game, but also closer to establishing the message that Benmergui is communicating through his medium. 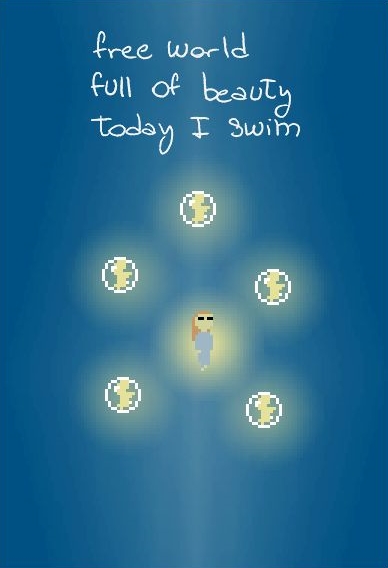 San Keller was born in 1971 and lives and works in Zurich, Switzerland. His practice envelops a broad range of approaches, including ephemeral individual actions, participatory events and physical objects. The content of his work so often focuses on interactions occurring through simulated social exchanges and from the implementation of pre existing business formats on absurdist situations. This creates both a critical and humorous position for the artist and those involved. In his work 'Until the Last Dance' anyone can opt to become and active honorary member of the San Dance Company, to do so you must choose a piece of music and sign a contract stating that whenever you hear that piece of music, for the rest of your life, you will dance. Yourself, Keller and the other active honorary members must all sign seven copies of this new contract. As a new member, you receive a copy of this contract, as does Keller, with the other five are sold as a series. You are notified each year as new members join and previous members pass away.

San Keller has a museum dedicated to his work in Switzerland and has been featured in (amongst others) FRIEZE magazine.

Alice Kilkenny's practice explores the dissolution of the virtual / corporeal boundary, through the medium of video games. The artworks she creates exist in the physical world, in self-contained digital environments, and in cyberspace. They are largely influenced by the concept of the open-world game, in which parameters are set by the game's maker but the participant's actions are unpredictable, self-determined, and limited only by the conditions of the virtual environment.

Kilkenny creates real-time interactions using code. While consoles and software accessed through smartphones and tablets are platforms for virtual interaction, code is the medium for computational interaction. 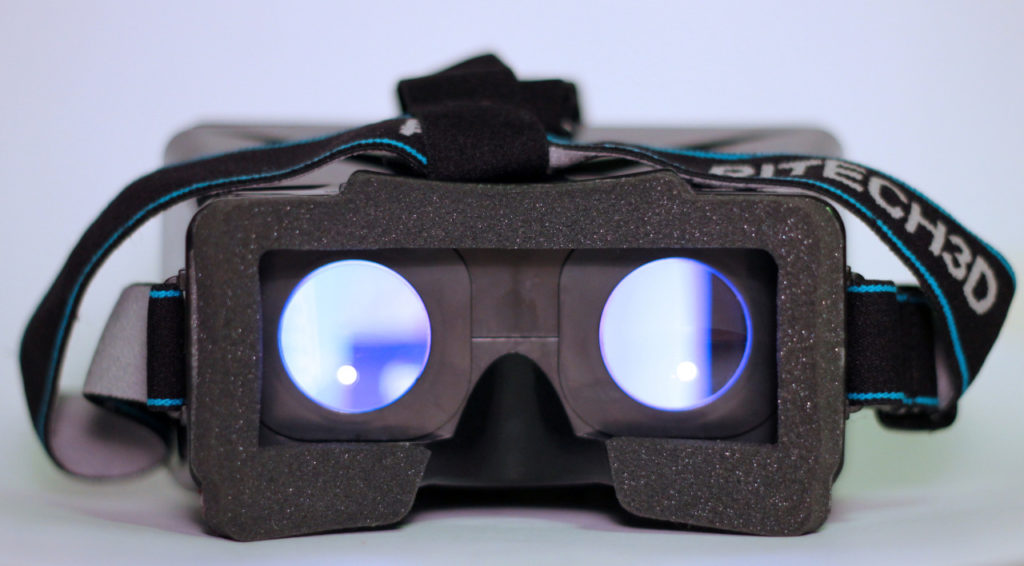 Shireen Liane started out as a musician & performer, and describes her sensibility as "late 20th century California smart-ass," in spite of living in the UK for the last 20 years.  Her practice springs from a deep love of popular culture, and a car crash fascination/fear of the tensions between institutions, capital & class.  She is particularly interested with the places where mass culture and resistance collide– in the ghosts of American radio dials, the use/abuse/hijacking of political symbols, in the transubstantiation of mass produced objects into profoundly personal talismans & experiences, & the abstract mysteries of music, money & mojo. 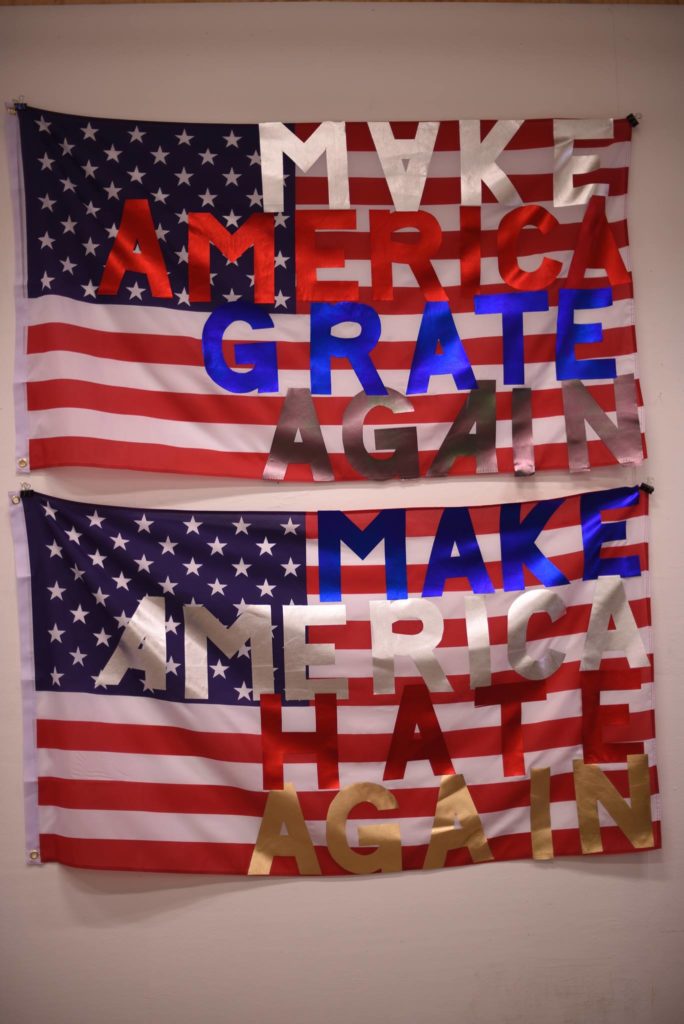 We asked our mothers to produce a written statement outlining the concerns of our practice:

I could call McGilvary+White a match made in heaven. I believe both young men were going places individually, but now they collaborate they are a force to be reckoned with!

Have I always thought this?

Their thought process is always outside the box and therefore I find their art quite exciting. A lot of their work appears simple and playful and those not in the know might be astonished by the thought process before a piece is created. I am, therefore, very defensive of their art. To people who say 'anyone could do it' I say ' but you didn't , and I didn't.......and they DID!'

Art is incredibly sociable and McGilvary&White art encourages you to tap into your inner happiness and get in touch with your playful side.

As a mother of one half of McGilvary/White partnership I'm a very proud parent, proud of all of their achievement in art and of the talented young men they've grown into in the last couple of years.

I'm always praising their talent and their work to friends, family and work colleagues as often as possible, my mobile phone is stored with photos of their most recent projects.

I try my best to understand their new kind of art, sculpture, video, performance etc.( very new to me). Their work is explained to me and most of the time understood, I can see the hard work that's gone in to each and every project. I've grown to like and appreciate the different variety of art that Owain and Yan can do. 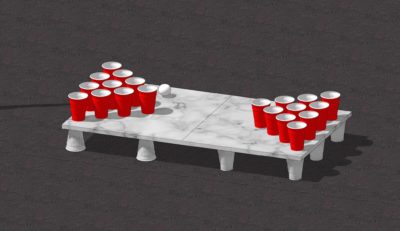 Katie Tindle's practice is apt to be introspective but the themes which run throughout her work are ubiquitous. Her work is multi-disciplinary though primarily digital and photographic. She explores the circumstances of health anxiety and hypochondria, self -absorption and social pressure. Her work tends to be quite down beat in tone although in some cases leans towards the darkly comic. Katie Tindle also curates under the banner of G George Arts and is the director of The Listening Booth online audio art gallery. 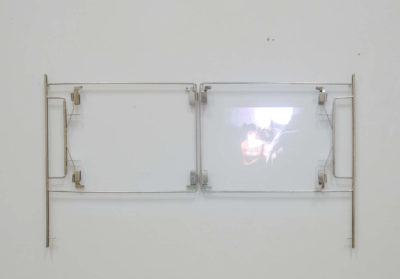 You're reading a statement about the work of Jacob Watmore. You're being placed into a situation where the artist is playing with fiction and reality through the use of language.

The written word takes you to a hypothetical point within this moment, in an attempt to suspend disbelief. This language is used to reference things outside of your present perception, a space where nothing can really be certain. It's your own choice whether its reality or fiction, since language doesn't have the ability to hold a concrete inbuilt truth and a concrete connection with this world. In this context something might be part of reality but in the next it may have no relation to it. 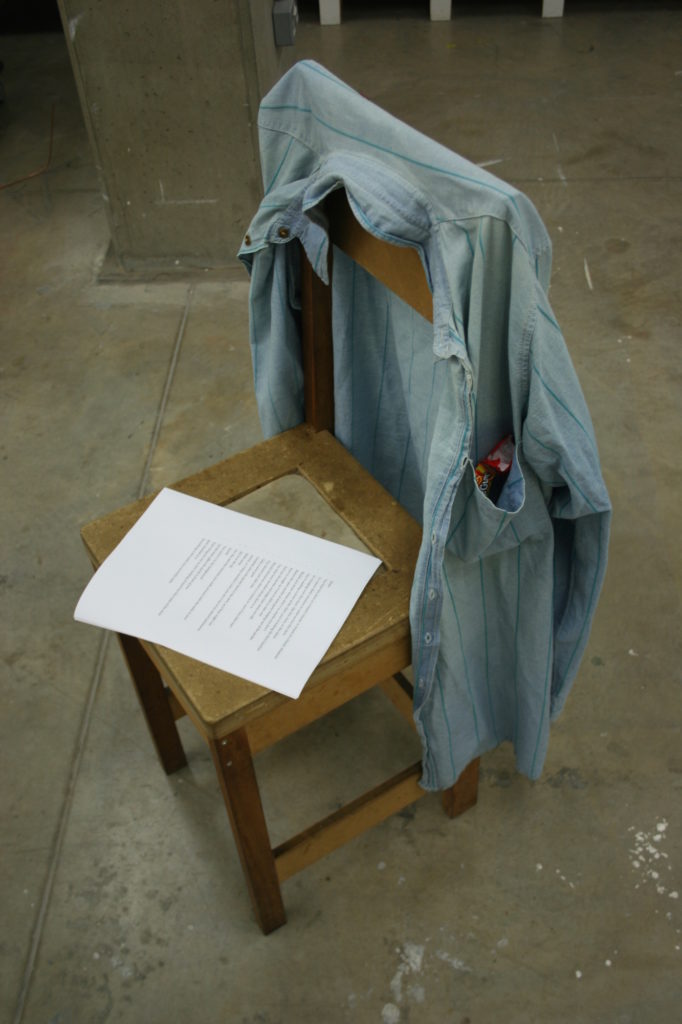 Invitation to Participate is on until June 11th and can be viewed during our usual opening hours or at other times by arrangement.